The Commoner is anything but common. American classics with a touch of the unexpected are at the heart of this Downtown Pittsburgh restaurant. The vibrant design recalls Pittsburgh’s industrial past and complements a kitchen that excels at adding modern flourishes to classic comforts. Our culinary team serves an authentic, locally-focused, ingredient-driven menu made to pair with our robust selection of local beers and craft spirits to complete the American tavern feel.

Take a Tour of The Commoner 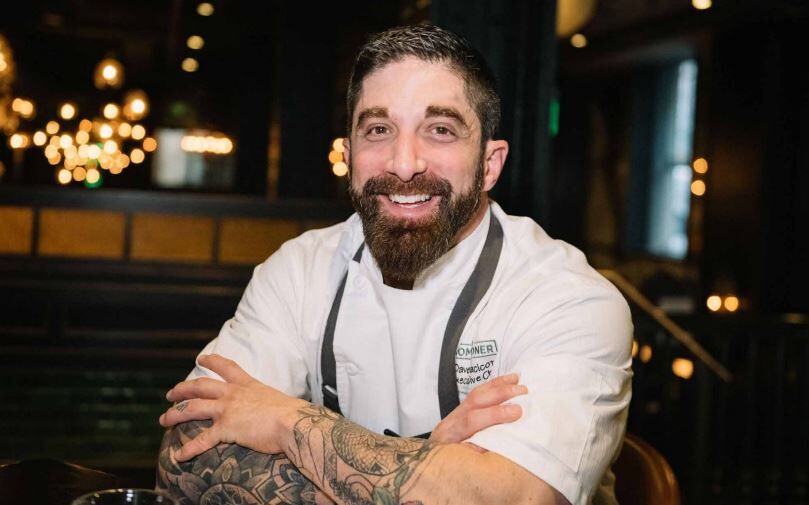 Executive Chef, Dave Racicot
Executive Chef Dave Racicot is one of Pittsburgh’s most decorated chefs as a three-time James Beard nominee. Racicot began his career in famous kitchens of the Bellagio, Picasso and La Cirque, in Las Vegas. Racicot then made the move to Western Pennsylvania as the Chef De Cuisine for the acclaimed Lautrec restaurant at Nemacolin Woodlands Resort in Farmington, PA. During his time at Lautrec, the restaurant scored a coveted AAA Five Diamond.

Chef Racicot moved to Pittsburgh’s Oakmont neighborhood and opened his own concept, Notion, to critical acclaim and eventually moved it to the city’s East Liberty neighborhood. He later accepted the position of Executive Chef for the Richard Deshantz Restaurant Group where he created signature recipes and helmed bustling kitchens like Poulet Blue and tako. Most recently, Racicot opened the cocktail and small plates concept Bridges & Bourbon.

Chef Racicot joined the team in 2019 bringing a unique sense of flavor and style to The Commoner’s elevated pub fare.